Reveals have posted for this year's

hd-hurtfest which means I can finally claim my fic!! Fun fact, I actually outlined and wrote part of this fic wayyyy back in 2015 after listening to the song Here Without You by 3 Doors Down on a cross-country road trip. I loved the idea, but at the time I just didn't feel capable of writing the fic the way I wanted to, so I put it on the back-burner and honestly never thought I'd pick it up again. Fast forward to 2020 and I'd been toying with the idea of picking this one back up when it was announced that H/D Hurtfest would be returning, and it seemed like fate! MASSIVE thanks to those of you who gave this fic a read. I know longer fic with a MCD tag doesn't tend to be massively popular and I so appreciate those of you that read and commented. ♥ 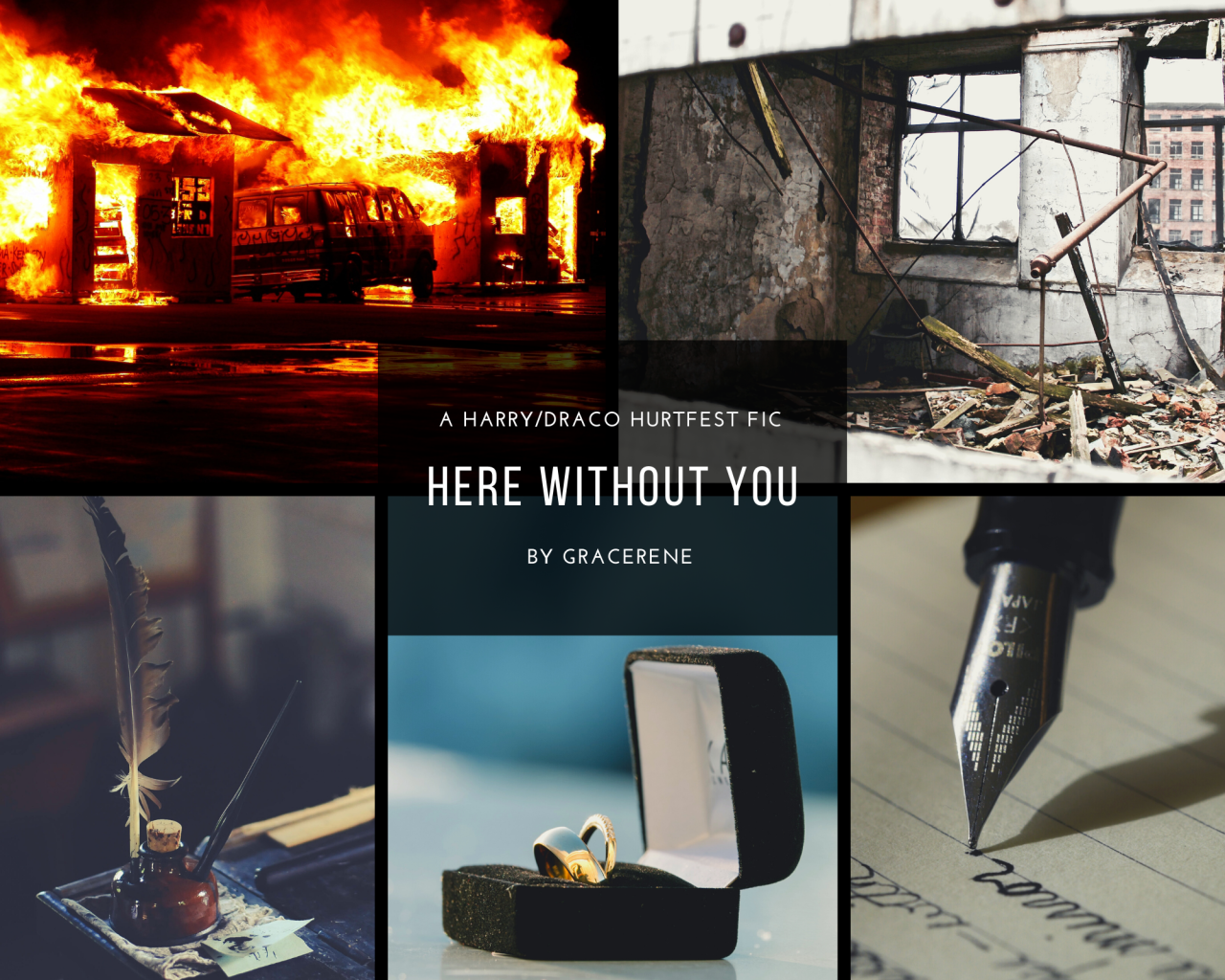 Here Without You by

It's been seven years since the end of the Second Wizarding War with Voldemort, and a new Dark Lady has taken over in nearby Ireland. Harry feels compelled to volunteer to fight on the front lines, but war is never safe, and Harry has a lot—including his blissfully happy relationship with Draco—to lose.

writcraft for the cheerleading, brainstorming, betaing, and all-around fabulous feedback. Thanks to the mods for resurrecting this amazingly angsty fest!